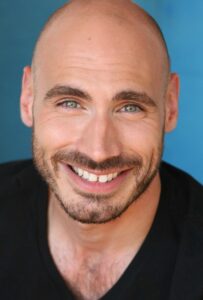 Brian Sturges has worked as an actor, comedian, director, musician, producer, writer and collector of titles. He is the writer, director and composer of the feature-length film, Wall of Flesh: A Vintage Comedy, and can be seen in the films, Elijah’s Ashes, God of Thunder and Hee. Brian’s on-stage credits include Candidate Confessions, The Lollygaggers, The Really Awesome Improv Show, as well as various stand up and improv performances. In 2015, Brian debuted his one-man show, Poor Life Choices, which he wrote, directed, and performed at The Second City Studio Theatre in Hollywood. As a session player on guitar, bass, piano and harmonica, he has recorded for Red Lobster, Disney and Warner Brothers Records and was the Musical Director for The Second City Hollywood premium show Hell County, Florida. He also composed, arranged and orchestrated the 2019 Wall of Flesh: A Vintage Comedy soundtrack which contains 21 Jazz Fusion compositions and 2 Gospel tracks. Brian is the owner of Poor Life Choices Productions and the founder of The Poor Life Choices Comedy Film Festival. He is a graduate of Berklee College of Music and The Second City Improv, Conservatory and Long Form Programs.

Faded musician and loveable loser Tommy Bruno must get The Wall of Flesh Band back together in order to provide for the hippie daughter he didn't know he had in this satirical, slapstick take on 1970s low-budget raunchy stoner comedies

Wall of Flesh: A Vintage Comedy | The Soundtrack | Full Album

A collection of music composed, arranged, and produced by Brian Sturges